Play this game in fullscreen!

Shoot through the hordes in an attempt to escape their reach.

Don't let the illusion of a full clip fool you: there's always one more of them you may have missed.

In Mite you must clear stages full of undead and escape to the next area in hopes that you'll have what it takes to survive the sudden outbreak. Rack up streaks to return some ammo to your stash, and heal lightly.

Thanks for playing my game and for your feedback! I've taken notes while watching and will change/improve some things, such as zombies seeing through fog immediately. It does feel unfair to an extent but I also want people to be cautious going into rooms.

You do have to kill zombies to exit to the next stage, you did miss that bit! ;D 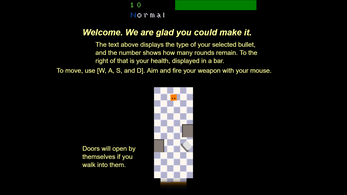 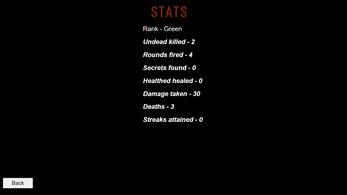